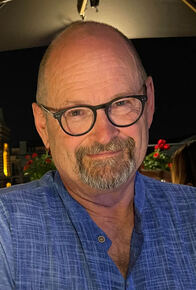 Tim Mills-Groninger is a retired consultant to nonprofits where he worked with a range of human service, arts, and education agencies. Prior to settling in Chicago he has lived in Pennsylvania, Connecticut, Florida, and Indiana and insists that he has no accent. He enjoys cycling, yoga, and tennis and is struggling with a pickleball addiction. With his partner Carolyn and their dog Ziggy he enjoys traveling and Ziggy is especially fond of road trips that involve BBQ in motel rooms and pork ribs in the bathroom.

Katerie Prior is a classic underachieving overachiever. She is a corporate trainer and instructional designer who teaches cybersecurity basics by day, a wannabe novelist by night, and a watercolor artist on the weekends. A Michigan native, Kate has recently celebrated her one-year anniversary of living in Chicago and she enjoys exploring the many cool neighborhoods in her new hometown. 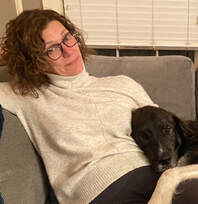 Diane Roman has lived on Chicago’s far north side for more than 32 years when she got married at the young age of 26. A communications professional by day, Diane has always enjoyed writing and wanted to try her hand at live storytelling. In 2018, when her 28-yr marriage imploded, Diane started writing a book as she embarked on a mid-life journey of separation, Zoom divorce, dating, and discovery all while COVID-19 raged. She shares the characters she’s encountered and her experiences in creating a joyful new life with honesty, humor, empathy, and insight. Her two rescue dogs seem to enjoy her stories, and Diane hopes you will, too. You can’t make this stuff up!

Alex Stenner is originally from Connecticut - since 2016 he has called Chicago home. He has had a meandering path of shifting, exciting, serious endeavours - from teaching kids how to garden and cook in Americorps with Foodcorps, to service industry jobs ranging from casual to fine dining, to bike courier work, even a few years as a farmer here in Chicago, a brief stint as small dog walking business owner, and for the past 4 years a member of IBEW Local 134 as an electrician. Just having turned 30, Alex is gratefully feeling Saturn's Return cooling off after a very tumultuous 29th year in life.  Having fun, you can find Alex going to therapy, attending ska and punk shows, swing dancing, riding bikes, and cooking with those he loves and calls friend 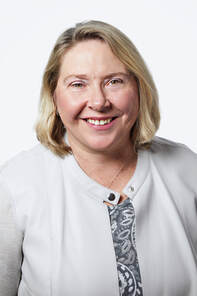 Michelle Young grew up in central Illinois and has lived in Chicago over 30 years. By day she manages a global sales team in hospitality software, by night she writes (stories and comedy). A self-taught artist, Michelle also tells stories through her art. She started telling stories on stage, with “Is This a Thing” right before Covid but has been telling her stories to anyone who would listen for a very long time. Michelle believes that telling our stories, is essential to creating community with others and transformation for ourselves. 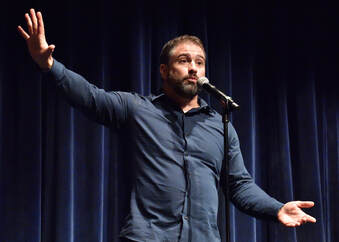