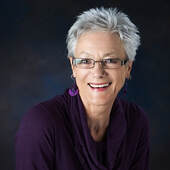 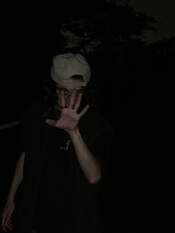 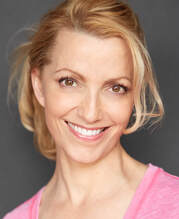 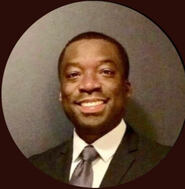 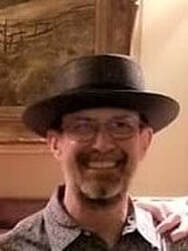 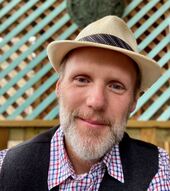 Garth A. Fowler lives, runs, and writes in Chicago. A former professor of neuroscience, a consultant for colleges and universities, and a certified triathlon coach, Garth is currently trying out semi-retirement. He studied psychology as an undergraduate at The College of Wooster and went to get his PhD in behavioral neuroscience from the University of Washington in Seattle. He has published articles on career preparation for young scientists and humorous stories on being a scientist in the highly regarded journal Science. An avid storyteller you can find him performing at events in Chicago and can follow him @GarthAFowler1 on Twitter, @GarthAFolwer on Instagram, and you can learn about his events and performances through Facebook and his calendar of events at GarthAFowler.com. He published his first young adult novel, Calm Undone, in October of 2021. 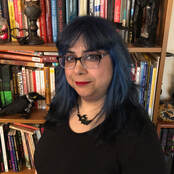 Dee Fuller grew up in New York and New Jersey then lived in Los Angeles for 20 years. A change of plans found her moving to Chicagoland in 2014. She's often told she's a good storyteller but always dismissed it as a nice way of saying she talks too much. The truth is she has always had a passion for storytelling. She worked in film and television as a costumer, wardrobe supervisor, and stylist assistant. At the same time, she spent many years as a tour guide and reenactor at Heritage Square Museum in Highland Park. She took a break to raise two kids as a stay-at-home mom, but she never stopped telling stories. She now has time to pursue her multiple passions, which include dance, history, horror, art, and storytelling. She teaches music and movements to toddlers and preschoolers during the day and scares adults as costume manager and haunter at Massacre Haunted House at night. Story Lab is her first official storytelling event. 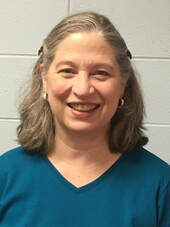 Laurel Poe Gallagher is a fourth-generation Chicagoan, an educator, union activist, and active member of Toastmasters. Laurel reads obsessively, having finished all 90-plus Pulitzer-winning novels. She blogs about Chicago-area sites that tie into the Pulitzers novels (The Pulitzer Trip). You can also follow Laurel as Terragyrl3 on GoodReads. Laurel will be appearing in Green Man Theater’s holiday show, Stories for the Season, on December 13th at the Elmhurst Library. This is her first appearance with Story Lab, and she is delighted to be joining the storytelling community.

Joel Thomas Miller (he/him) loves live performance first and foremost. He has told stories for OUTspoken, Homolatte, Bell Box, First Person Live, Do Not Submit, the Trap Door (Fort Wayne, IN) and the Story Sessions open mics. As a writer and performer, he has worked with ShowParty, the Chicago 24-Hour Monologue Festival, and Chicago Dramatists' 48-Hour Play Festival. Recently, he took a turn as his burlesque persona, Joelie Folle, for Boylesque's Digital Halloween Special. When he's not dreaming up the next bit for a show, he's probably looking at his houseplants or playing his blue ukulele. 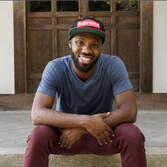 An actor, filmmaker, musician, and photographer from Chicago. Aaron was born in Columbia, SC and grew up in Evanston, IL. After graduating from Boston College with a degree in International Studies, Aaron returned to Chicago to pursue acting and film. He has worked in the industry in a variety of roles as an actor, director, post-production manager, and producer. 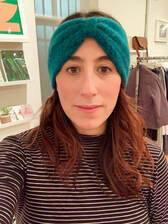 Molly Sider grew up in the Chicago suburbs, but as soon as she was old enough, she ditched the Midwest for San Francisco. When the sun became too strong for her pale skin, she moved to New York City where she began her boozy career in the wine industry. Molly relocated back to Chicago a few years ago, where until recently she continued slinging wine for a living. Now Molly spends her days producing and hosting podcasts and coaching people through making their own life transitions. 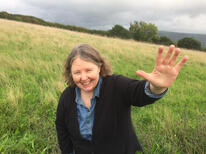 Margaret Daly is a cellist, and has no other marketable skills. She has played in a lot of towns and a lot of orchestras, quartets, trios and the like in many countries. Just ask her. She  is trying to hone her verbal skills. 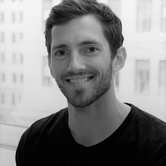 Drew is new to storytelling, but loves the journey that is honing his personal style—a journey that will hopefully never end! Drew loves his job working for a Chicago-based software company, where he also tries to be a more engaging speaker every day. Outside of work, Drew spends his time exploring the city on his bike or hanging out with his wonderful girlfriend. 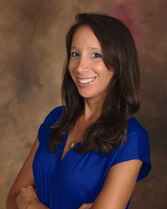 Jenn lives in Glenview with her husband, two kids ages almost 6 and now 8 and her fur baby Lulu. She's getting ready for her 14th marathon on April 18th and tries to bring Lulu on some of  her runs to help get the crazies out, for both of them! She is an oncology nurse, now in an educator role. Story telling has helped Jenn build the confidence to present in front of people and have fun while she's at it! 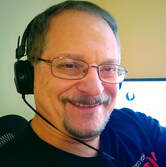 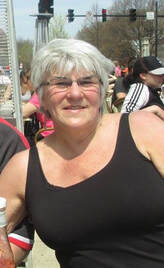 First time story-teller and late bloomer, I hope to spend retirement telling stories and enjoying myself.  I am married and living in the western suburbs.  My husband and I are longtime foster parents having had the pleasure of caring for many kids.  I love my work in higher in higher education, but also counting down the days until retirement. 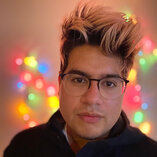 Fabrizzio Subia is a Chicago based multidisciplinary artist. An Ecuadorian immigrant, his work touches on themes of migration, family, and identity through the mediums of storytelling, poetry, collaborative and individual performance, and visual art. He earned his BFA from the School of the Art Institute of Chicago in 2020, and has exhibited work across Chicago, including 6018 North Gallery and SAIC's SITE Galleries. He is a member of Chicago's P.O. Box Collective, and co-founder of Tortas y Talento Open Mic.