To pay those bills post college she's worked everywhere  from CBS tv to an Internat'l Power Tool co.,  local cat sitter business,  and city tourism co. to name a few. This spiritual girl in a material world is bursting with colorful life stories, much like those city ancestors. She sees now that her Uber drivers, though a "captive audience," aren't  necessarily a big enough one.

Chris Matsakis has told many many stories but never at a live storytelling event. He is the founder and CEO of the e-commerce website DealGenius.com, which he started in his parent’s basement. Many grey hairs later as Chris recently rang in his milestone 40th birthday the business celebrated it’s 15th year. When he’s not working you can find Chris swinging on the flying trapeze where he works as a catcher, or walking his new dog, which was his wife’s idea.  Chris is a proud father of two sons and an extremely lucky husband to have a beautiful wife who agreed to help write his bio, late at night after a long day. ​ 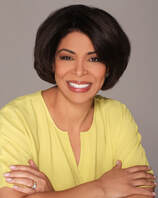 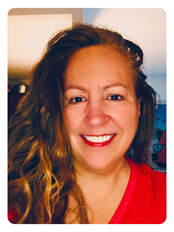 New to the storytelling circuit, Brooke is a lifelong writer who prefers to tell funny stories, even when they are sad or tragic. Born in the outer burbs, she escaped to Chicago as soon as possible. Since then, she has moved away from the city three times, each time thinking it was permanent. Yet, here she is once again, back in the mothership. 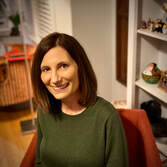 Cassie hails from Chicago, but a little bit of wanderlust and a lot of “finding herself” have taken her to many places with many jobs. She lived in Washington DC for much of her adult life but her love of Chicago, her family and deep-dish pizza brought her back. Fortuitously, she made her way out of DC in advance of the current administration making its way in. She is recovering from a career in corporate America and is happily employed in healthcare. 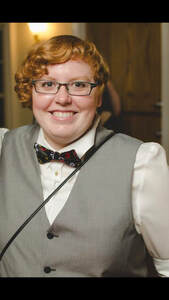 Diana Kaiser has spent most of her time telling stories from behind the scenes. She received her bachelor's in Theatre Design and Technology from Ball State University in 2010, and her MFA in Lighting Design in 2013. After several years of freelance design and technician work, Diana hung up her c-wrench and gobos for other opportunities. She is now exploring other ways to stay creatively involved and is looking forward to her first time at Story Lab. You may have seen her share a story at Sidetrack's Outspoken! or perform in Pride Films and Plays all female production of 12 Angry Men. 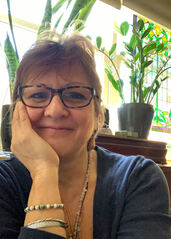 Maria has continually transformed spiritually throughout her life, having worked as a carnie, bartender, teacher, business owner, corporate trainer, meditation teacher and clairvoyant. She  changed habits of over saturation to moderation, self criticism to self love, and traveled more than one dark night of the soul. She believes that story telling can spark joy and personal power ; offering amusement and education for individuals, communities, and society. Collecting stories from reviewing her experiences, and having more of them, you can expect to hear more from her in and around Chicago. 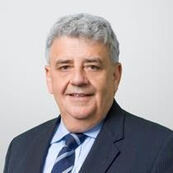 Elias is a healthcare attorney. Husband to Joanne for 47 years, they have three married children  and five grandchildren. Born in St. Louis and a lifelong St. Louis Cardinals fan, he moved to Glenview in 1974 after graduating Harvard Law School.  He enjoys tennis, golf, Texas Hold’em tournaments and watching Perry Mason reruns.  He recently left Holland & Knight to form his own boutique law practice.  As a young attorney he sued President Ford and Henry Kissinger over their decision to provide military aid Turkey following  its invasion of Cyprus.  He served on the Glenbrook High School Board and continues to be involved in numerous organizations providing scholarships to students with academic potential and limited means.  He was inspired to tell his story after listening to his daughter in law, Monica tell hers. 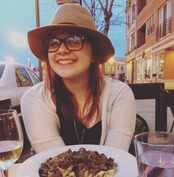 Kalah Mazac was raised in Idaho, educated in Seattle, and defined in Chicago. She is a nanny by day and a sketch comedy writer and producer by night. Her favorite plans for life include becoming a published children's author, riding in a hot air balloon, and cooking through an entire cookbook.