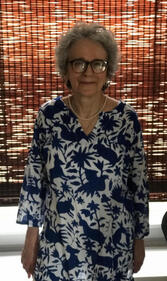 Ruth Baerman has been in the Chicago area for most of her life, other than vacations, and a couple of escapes. She did a year abroad after college, and a few months in Brasil between careers in the 80s. She has lived in Hyde Park and other areas on the South Side, as well as various locations on the North Side, Oak Park, and Evanston. Ruth has lived in the same place in “almost Evanston for most of this century - a block from the Evanston-Chicago border, on the Chicago side. Ruth went to a local elite university a Liberal Arts undergrad in the hippie era, when it was very inexpensive. In the 90s, she attended a totally different school, Columbia College Chicago, and received an Interdisciplinary Arts Masters degree. As for work, in her 20s, returning from abroad, she started in survey research, then slid into IT back when on-the-job training was mostly how people did it. Accompanying the seriousness of this job was a class in silent clowning, which she took on the road on vacations for a time, and training for actors. Much fun! After IT and Brasil, she got into sales via head-hunting and then job placement. Finally, there was a 20 year stint in the commodities industry, from which she retired in 2018. Giving new meaning to the term Late Bloomer, she got married in 2010 for the first time, and is married still. 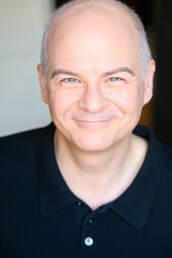 From a young age Mark Belden was told that he was destined to become a lawyer. That dream ended the summer he worked in the Clerk of Courts' office and witnessed firsthand what most lawyers did all week long and how it affected them. Since then he has worked as a furniture mover, Rush Street bouncer, busboy, bartender, commodities clerk, radio producer, courier, and landscaper. Mark started classes at The Second City when he moved to Chicago and eventually worked there as an actor, director, writer, creative director, teacher, and once again a student when a storytelling class was begun at the training center. In retirement he has taken up folk guitar and jazz singing. 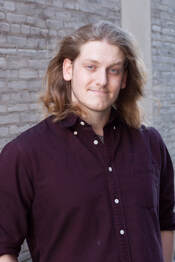 Mark Anthony Child is a voice artist, actor, storyteller, and writer whose lived in Chicago since 2011. More recently, he began dabbling in music and wishes he could be the kid from Almost Famous for a job, but will settle for playing dive bars with a punkrocapella group called The Blue Ribbon Glee Club in addition to teaching himself banjo and honing his writing and voice based skills. He is also an election judge and political gadfly, who really hopes you know midterm elections are a thing and the IL primary is in June. 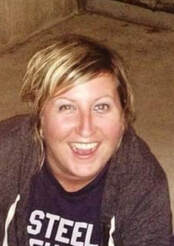 Rasa Gierstikas hails from the southwest side of Chicago. She's lived in Chicago and also NYC. She owns a tripod dog named Sir III and fosters other dogs as well. She works in software development. 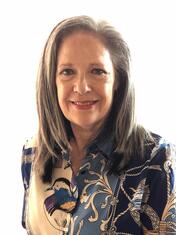 Catherine is new to storytelling having completed a class with Sean Ewert and TUTA theatre in February. She's lived her entire adult life in Chicago. Her first story is about a visit to Chicago in 1970. Catherine plans to uncover stories from this century as well. 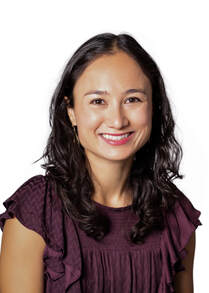 Lauren Kee is a Boston native and has been living in Chicago for the past six years. She entered the world of storytelling in 2021 by taking a class with Story Lab Chicago creator/host, Scott Whitehair, and has wanted to grow her storytelling skills ever since! Lauren works as an instructional designer for a nonprofit that empowers underrepresented college students to secure strong jobs and achieve economic mobility. Storytelling makes up a critical part of the nonprofit curriculum, and Lauren has been amazed by how storytelling can help young people get to know themselves, take up space, and share their gifts with the world. Outside of work, Lauren loves to play soccer, bike, practice/teach yoga, and dabble in various other activities like tennis, salsa, and rock climbing.